The Spotted Owl is a shy and very specialized bird, which nests in old growth forest and has a diet mainly of flying squirrels. The population has declined over 80% since 1992, and the Teanaway area near Cle Elum in Kittitas County is an area where the decrease is most severe. Therefore, Kittitas Audubon continues to seek further protections for the Spotted Owl at the federal level and at the Washington State level.

Causes are most likely the lingering effects of timber harvest and habitat loss to fire, and the effects of predation and range expansion by the Barred Owl. The U. S. Forest Service is conducting a multi-year program of Barred Owl removal, now in its 3rd year. One year remains on the original study plan, but the principal investigators may agree to continue the study longer in the Cle Elum area. It may be that the population is so low that it has reduced ability to respond to a reduction of the Barred Owl threat.

The Barred Owl study includes surveys each summer targeting these owls specifically, with lethal removal on a portion of the study area (the Treatment), and no removal on the remainder (Control portion) during fall/winter/early spring, when the Barred Owls are not tending young.

In preparation for the Barred Owl removal study, stakeholder groups and the U. S. Fish and Wildlife Service made, to their credit, an in-depth examination of the ethics behind killing one species to save another. That report is available at www.williamlynn.net. Concern about this issue and procedure is felt by many Audubon members, but for the present all stakeholders can wait to see whether removing the Barred Owls has a positive effect on the Spotteds, and go from there in terms of whether or not this should be applied range-wide. Populations of Spotted Owls are declining on virtually all study areas to one degree or another, so the range-wide population is pretty much following a similar trend to the Cle Elum area. (Thanks to Stan Sovern, Senior Faculty Research Assistant, Oregon State University, and Forest Service Contractor, for this 2018 update.)

Evidence of the reality of climate change is all around us, and becoming clearer year by year. Locally, some of the more obvious signs are increasing threats of drought, heat waves, loss of snowpack, and a lengthening fire season. Worldwide, climate scientists almost universally agree that the main driver is a warming trend caused by an unprecedentedly rapid increase in the concentration of carbon dioxide in the atmosphere. And that principally is due to the burning of fossil fuels.

In 2014, National Audubon released a special report, “Birds and Climate Change”. Using sophisticated climate models that combined decades of observations from Christmas Bird Counts and North American Breeding Bird Surveys while factoring in 17 climate variables, Audubon forecast a very shocking future for birds: 314 species are at risk from climate change due to loss of habitat in their current ranges. Of these, 189 bird species occur in Washington State and over 50 occur in Kittitas County. KAS organized a committee to gather and distribute information about climate change and what our local chapter and members can do to help birds.

Some of the consequences of climate change now are inevitable, and KAS seeks to mitigate the damage to our birds and to people. The worst consequences are not yet inevitable, and KAS wants to help avoid them. The way to avoid the worst is by reducing the use of fossil fuels and by expanding the use of renewable energy. This requires action on all levels: individual, local, municipal, county, state, and national. On the individual and local levels, valuable steps include reducing our own carbon footprints, using native plants around our homes and in our communities, and encouraging our elected leaders to take the issues seriously—and inspiring others to do so also!

Kittitas Audubon is providing input to the Washington Department of Fish and Wildlife on two citizen’s advisory groups, the Wenas Target Shooting Citizen’s Advisory Group (South Central Region WDFW) and the Hydraulic Code Implementation Citizen’s Advisory Group (state-wide). The Wenas Target Shooting CAG intends to improve safety of all users of the Wenas Game Area by improving safety (backstops and side berms) and install fire-prevention measures to reduce habitat damage from wildfires throughout the game area between Ellensburg and Yakima. The Hydraulic Code Implementation CAG advises the Department of Fish and Wildlife on potential changes to rules regulating work in, over or adjacent to the water (e.g. docks, culverts, bridges, dikes, shore armoring, etc.) to assure protection of fish and fish habitat. This CAG is currently discussing potential changes to rules relating to “hobby mining” mechanized suction dredging directed by the Fish and Wildlife Commission at the urging of conservation groups, and potential issuance of “after the fact” permits to compliant but unpermitted construction with the goal of enhancing aquatic life conservation.

Three windfarms have been constructed in Kittitas County. One project, planned in a migratory flyway north of Ellensburg along Hwy 97, was rejected by the County Planning Commission and the County Commissioners, mainly because of its proximity to many homes, but was approved at the state level. Two more were approved and have been constructed in shrub-steppe habitat in northeast Kittitas County.

Kittitas Audubon has historically opposed all three projects because of the possible damage and injuries to birds, bats, and habitat. No research has been done on migration of song birds, impacts to Sage Grouse, raptors or bats. No studies were done at night. Limited point counts were performed for less than a year and migrations in spring and fall coincide with wind patterns in this area.

Kittitas Audubon supports renewable resources, but placement of groups of several dozen wind towers with blades reaching up to 360 feet (36 story buildings!) into the air is the paramount issue. This is the height at which songbirds migrate.

KAS continues to be involved in monitoring environmental impacts of the Wild Horse Wind Farm through participation in a citizen’s advisory group required by the facility license. 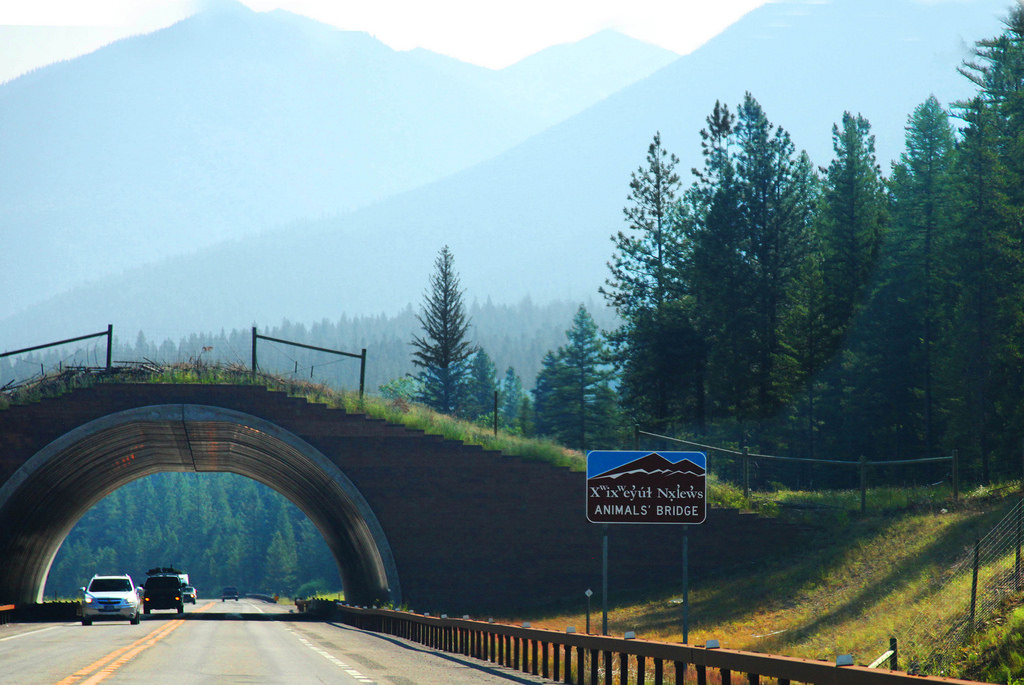 Kittitas Audubon members support ongoing plans by the Washington State Dept. of Transportation (WSDOT) to construct wildlife corridors to minimize barriers to wildlife migration and decrease fatalities in the I-90 corridor. In past years Kittitas Audubon and other groups in the I-90 Wildlife Coalition worked with WSDOT to plan and construct animal crossings during the current major relocation and upgrade which will widen and improve the safety of the highway. The coalition, originally the Cascade Conservation Partnership, purchased land to create large areas of wildlife habitat, and is committed to building special "bridges" where wildlife can safely cross over or under the highway allowing gene connectivity for species and preventing collisions between wild animals and motorists. For details of I-90 wildlife crossings go to I-90 Wildlife Bridges Coalition. Research results of a study of wildlife movement continuity related to the I-90 project can be found at I-90 Snoqualmie Pass Wildlife Habitat Linkage Assessment.